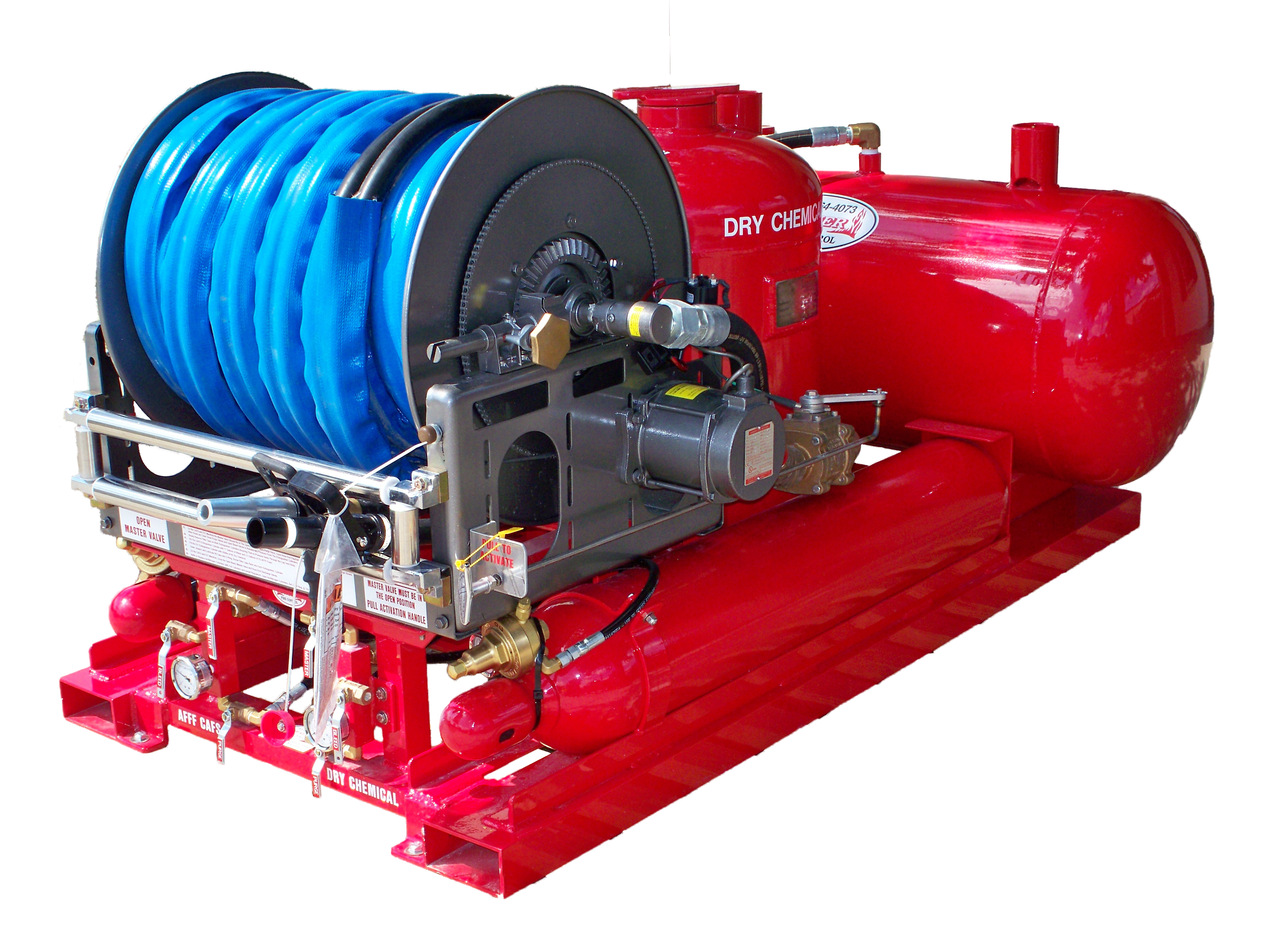 LAFAYETTE, La., May 14, 2009 — Burner Fire Control, Inc. (Burner), of Lafayette, LA, was recently awarded a contract by the US Army to provide critical firefighting equipment to US troops stationed in Afghanistan.

Specifically, 15 twin agent fire suppression systems will be manufactured by Burner, then airlifted directly to Bagram Air Base, Afghanistan. What makes this acquisition unique is the accelerated timeline. Most government purchases of this scale are done utilizing a lengthy bid and evaluation process, which generally takes several months. However, due to the urgent requirement for this equipment, this acquisition was done in just 2 days. An urgent RFQ (request for quotation) was sent to several qualified vendors. Only one day was allotted to provide a competitive quotation. After reviewing all qualifying quotations, Burner was chosen based on its ability to meet strict specifications, as well as an accelerated manufacturing and delivery timeline. Burner was able to provide the equipment in approximately 45 days, versus several months, submitted by other competitors.

According to Burner’s fire equipment division manager, Mr. Chris Lacombe, meeting an accelerated delivery on such a large order presents several challenges. “We basically had to complete the entire engineering and design phase in one day, versus typically taking a week or so,” said Mr. Lacombe. Material was ordered on day 2, and from that point, the fabrication staff began construction of the complex systems. Mr. Lacombe stated, “In order to get these systems on the plane in the allotted time, we’ll fit 8-9 weeks of work into 6 weeks.” The fact that these systems are going to be used by US troops serving overseas in Afghanistan motivates everyone on the staff to ensure they provide a quality product in a timely manner.

This is not the first large-scale order Burner has received in support of US troops. Over the past several years, Burner has delivered over 200 custom-built fire equipment systems to overseas locations such as Iraq, Afghanistan, Djibouti, Kuwait, and several others. Combine those overseas orders with the hundreds of systems provided to domestic facilities, and you have a very large-scale operation. Burner is repeatedly chosen by government and commercial buyers alike due to their innovative, user-friendly designs, and their quality workmanship and warranty. While price is certainly a priority, especially for government buyers, Burner refuses to sacrifice quality and safety just to be the cheapest alternative. The fact that over 75% of all systems manufactured by Burner since 1973 are still in active service speaks to the level of quality they put into their work. The majority of government systems are provided VIA GSA Advantage, a government procurement system which enables buyers to expedite the purchasing process by providing contractual pricing which is negotiated in advance. Burner’s GSA contract, GS-07F-5564P, has been in place since 2004, and was recently audited and renewed for an additional 5 years.