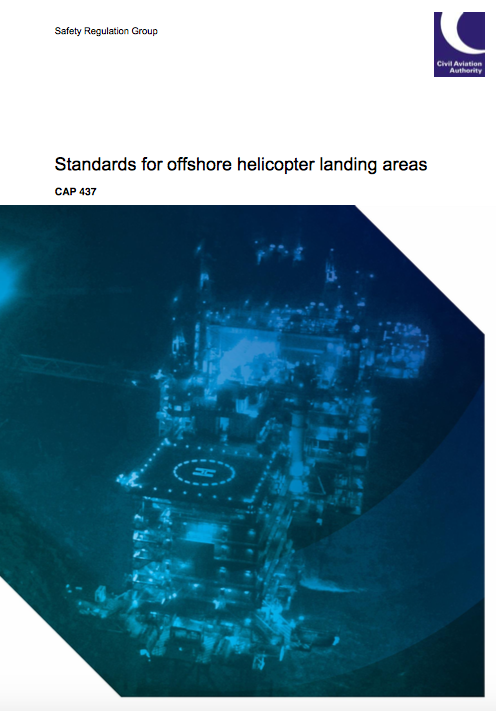 This publication, re-named Standards for Offshore Helicopter Landing Areas, has become an accepted world-wide source of reference. The amendments made to the seventh edition incorporate final results of valuable experience gained from the CAA- funded research project conducted with the support of the UK offshore industry and the UK Health and Safety Executive (HSE) into improved helideck lighting systems. In particular a final specification for the Touchdown/Positioning Marking (TD/PM) Circle and Heliport Identification (‘H’) Marking lighting system is presented in Appendix C, and referenced from Section 3 in Chapter 4. As a consequence of the introduction to service of new lighting systems, which the CAA – with the support of the Helicopter Task Group (established by Oil and Gas UK (OGUK)) – is recommending should be implemented on all existing and new-build installations operating on the UK Continental Shelf (UKCS), previous references to the use of deck-mounted floodlighting systems as an aid to landing have been relegated to Appendix material (see Appendix G). The CAA believes that the new lighting scheme fully described in the seventh edition represents a significant safety enhancement over traditional floodlighting and will take every opportunity to actively encourage the industry to deploy the new lighting scheme in preference to floodlighting. The TD/PM Circle and Heliport Identification (‘H’) Marking lighting forms an acceptable alternative to floodlights in International Civil Aviation Organization (ICAO) Annex 14 Volume II.

Full Fire Fighting and Safety Equipment for protection of structural and fuel hazards on helicopter...

The below video illustrates some of the Testing of Foam...